Attikah Hassan is a champion of exclusive breastfeeding in Khalid Bin Waleed collective centre in Aden. 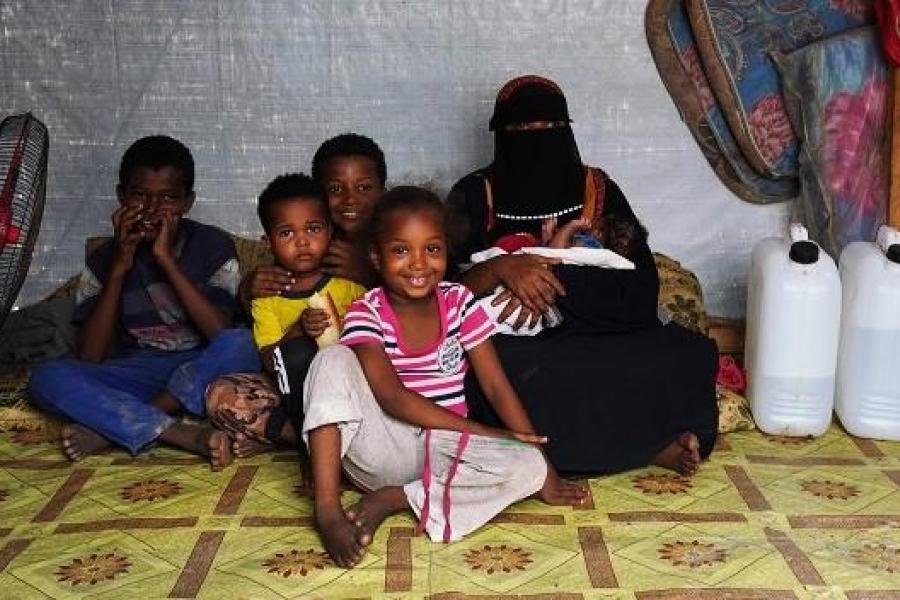 “You know that breastfeeding your baby will prevent him from being malnourished? You should try, it worked for my son,” Attikah Hassan says to the women gathering near the water point, in an effort to convince them about the importance of the practice of exclusive breastfeeding.

On year passed now since Attikah, her husband and their five children found refuge at Khalid Bin Waleed collective centre near Aden, where over 600 families, who had to flee their homes due to the escalation of the conflict in Hudaydah, are now living in temporary shelters. “Like us, most of the families come from Hudaydah.  We had to leave everything behind to find a safe place for us and our children. We live under this very small tent. During the summer, the heat is unbearable. My husband manages to find petty jobs outside the centre but sometimes, he comes back home empty-handed. This is a harsh life, but we do not have another choice than to cope with it,” explains the 32-year-old displaced mother.

Since the current war broke out in Yemen in March 2015, over 3.5 million people have been internally displaced, and 46,660 families are newly displaced since January 2019 alone.

More than four years of the conflict, have considerably worsened the situation of women and children in Yemen. Today, the majority of children are deprived of a healthy diet and nearly 360,000 under five years of age suffer from severe acute malnutrition. In fact, only 10 per cent of children under six months are exclusively breastfed in Yemen and a newborn who is not breastfed is at heightened risk of death – directly through malnutrition, and indirectly through increased susceptibility to infections. An integral part of UNICEF-supported nutrition interventions across Yemen is to promote and improve child feeding practices, especially among vulnerable populations, such as displaced communities. 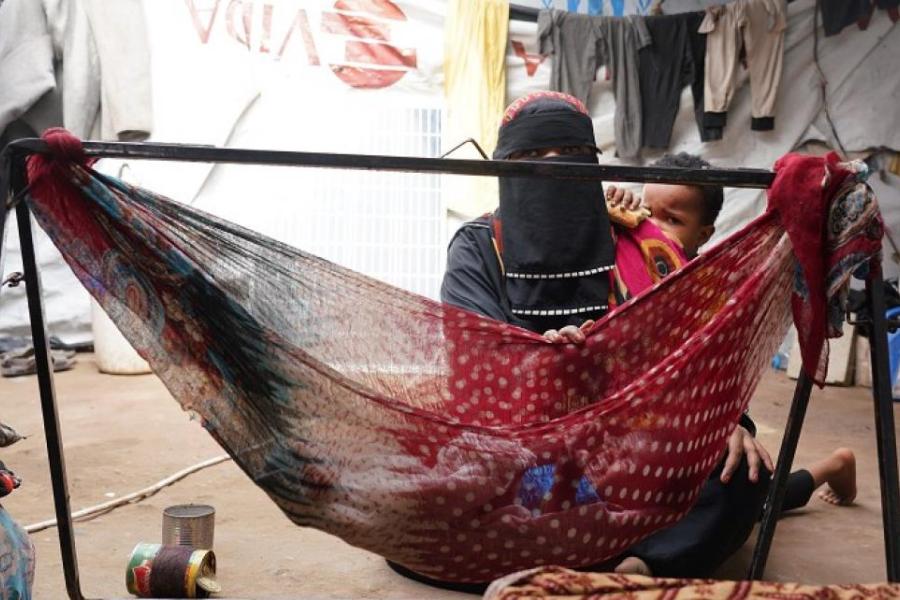 Attikah belongs to these women who strongly believe in breastfeeding. “My youngest son Mohammed is healthy, and I am sure that breastfeeding him exclusively until now contributed to maintain his good health,” she says.

When Attikah arrived at the centre, she felt so frustrated and helpless, that she decided to get involved in promoting lifesaving child feeding and health practices among mothers in the community. “When I arrived here with my family, I wanted to find a way to help. I attended one of the cholera prevention sessions and I asked the facilitators how I could support them. They immediately accepted me, and I completed a training to become a community mobilizer,” Attikah remembers proudly.

“I give advice to the mothers on how to stay healthy and which practices to adopt to feed their children, such as exclusive breastfeeding,” the dynamic mother says.

“I was surprised to learn that many cases of malnourished children among displaced communities are caused by poor hygiene and inadequate child feeding practices,” says Attikah.

Attikah learned also from her own experience. “I didn’t breastfeed my first four children and they all had health issues. Since I realized the importance of exclusive breastfeeding and started to practice it, I can really see the difference on my younger son who is in a much better health,” she says. 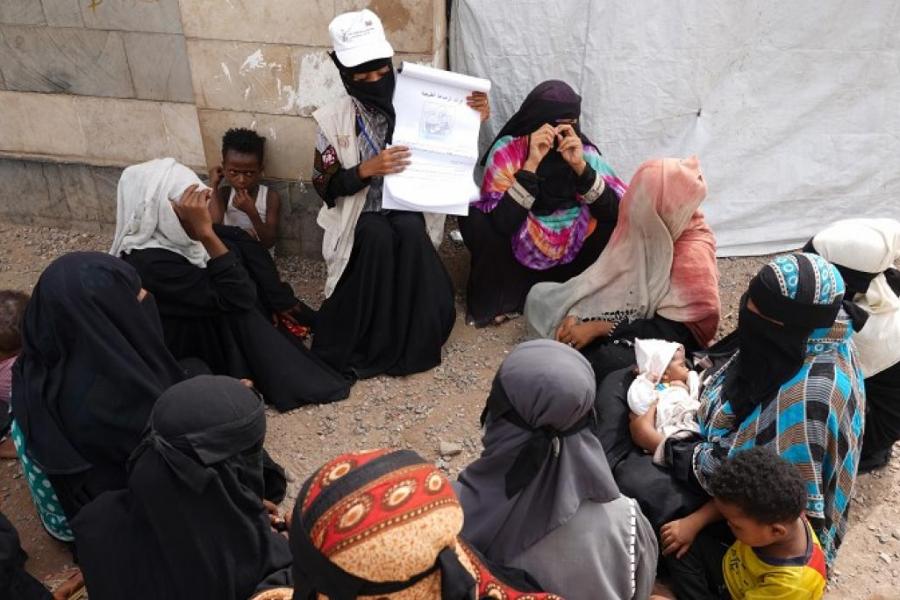 “At Khalid Bin Waleed centre, I work closely with the mobile clinic team to track identified malnutrition cases and help them to follow up by approaching the mothers. I am a mother myself and I feel useful when I see children recovering. It gives me the courage to carry on despite the difficult living conditions,” Attikah says.

Being actively involved in UNICEF Communication for Development activities helped Attikah to gain respect and gratitude among her community. “Attikah is a devoted, committed and hardworking volunteer. She is quite influential among mothers.  I know that she contributed a lot to decreasing the number of malnutrition cases, by raising awareness on hygiene practices and exclusive breastfeeding,” recognizes Nabilah Mohammed, UNICEF Communication for Development Project officer at the social services center.

Nevertheless, many questions regarding Attikah and her family’s future remain without answers. “Looking at all these tents, I feel sad and worried for my children’s future.  How long are we going to continue living like this for? Is this war ever going to end?"

All these questions are bothering me but the reality is that, as a mother, I have to stay strong and support my family in the best way I can,” Attikah continues, praying for peace to come soon so that her children can have a chance to live a better life. 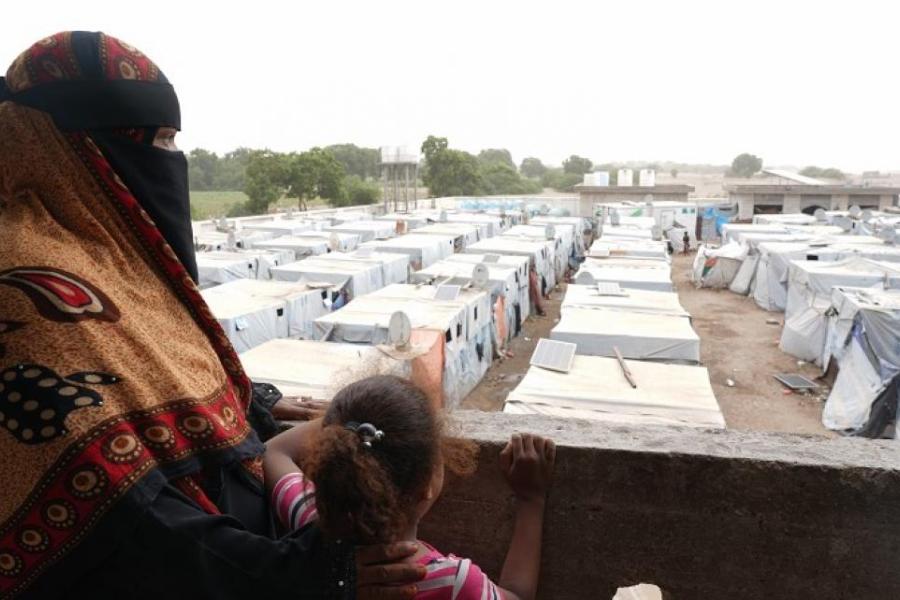 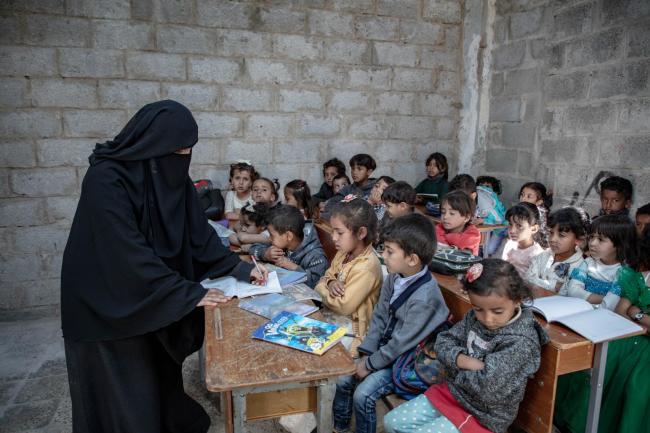 Badriah is a teacher from Sana'a benefiting from UNICEF cash incentives project in Yemen. 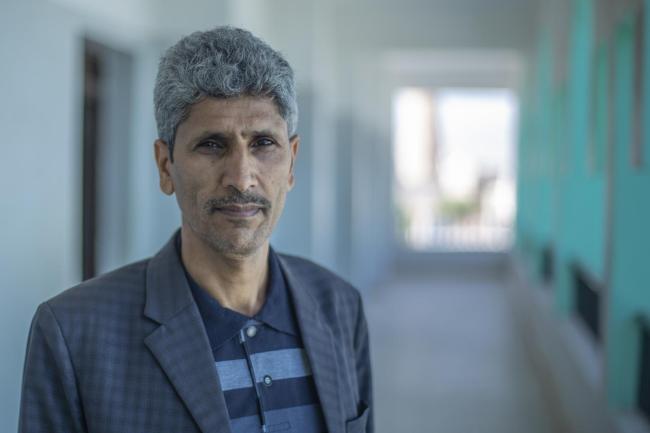 Hamoud is a chemistry teacher in Sana’a. Thanks to UNICEF Cash Incentives Project, his students are still given a chance to education. 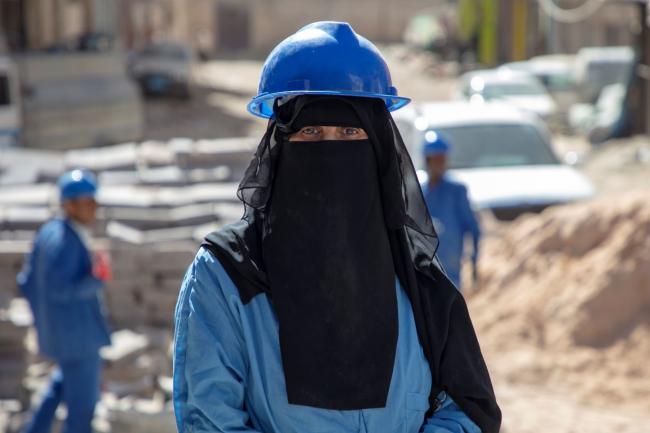 Searching for a place to call home

Since 2015, the war in Yemen has taken a heavy toll, forcing many to make difficult decisions to either flee their homes or stay and face uncertainty.