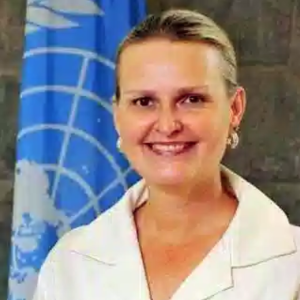 In Yemen, the United Nations is represented by 21 resident and non-resident agencies, funds and specialised programmes that carry out their activities.

The country team (known by its acronym UNCT) is made up of representatives of these organisations. As head of the country team, the UN Resident Coordinator (RC) guides and supports the work of the UNCT, ensuring effective coordination and cooperation within the mandates of each organisation.

Its purpose is to maximize, in a coordinated manner, the work of the United Nations so that the system can provide a collective, coherent and integrated response to national priorities and needs, within the framework of the Sustainable Development Goals and other international commitments.

The UN Resident Coordinator in Yemen

Lise Grande is the United Nations Resident Coordinator and Humanitarian Coordinator in Yemen, responsible for leading the UN’s largest emergency operation in the world’s worst humanitarian crisis. She also oversees and facilitates the work of all of the UN agencies across Yemen.

Lise has previously held leadership roles in many of the United Nations’ largest humanitarian operations and in peacekeeping missions, including in Iraq, beginning in December 2014. Lise has served for 25 continuous years in field posts including in India, South Sudan, Democratic Republic of the Congo, Armenia, Angola, East Timor, Tajikistan, Sudan, Haiti and the Gaza Strip.

Lise is the subject of a documentary on state-building in South Sudan and holds degrees from Stanford University, California, and the New School for Social Research, New York.