Our Team in Yemen 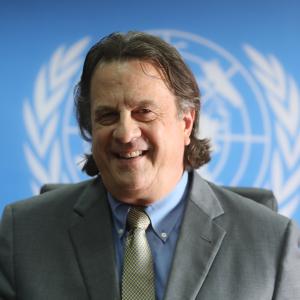 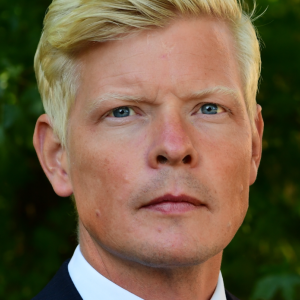 UNDPPA
Special Envoy of the Secretary-General for Yemen
twitter
Serving since 2019 as Ambassador of the European Union to Yemen, Mr. Grundberg brings over 20 years of experience in international affairs, including over 15 years working in conflict resolution, negotiation, and mediation, with focus on the Middle East. He previously headed the Gulf Division at the Swedish Ministry of Foreign Affairs in Stockholm during the time that Sweden hosted the United Nations-facilitated negotiations that culminated in the Stockholm Agreement in 2018.
Mr. Grundberg is a career diplomat, having served with both Swedish and European Union missions abroad, with postings in Cairo and Jerusalem, as well as Brussels, where he chaired the Middle East/Gulf Working Group of the European Council during the 2009 Swedish presidency of the European Union.
He holds a Master of Science in business and economics from the Stockholm School of Economics.
Read more 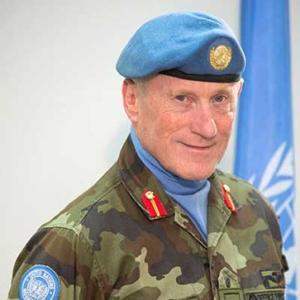 Head of Mission for the United Nations Mission to support the Hudaydah Agreement (UNMHA)
beary@un.org
United Nations Secretary-General António Guterres appointed Major General (retired) Michael Beary of Ireland as Head of the United Nations Mission to Support the Hudaydah Agreement (UNMHA) and Chair of the Redeployment Coordination Committee on 23 December 2021.
Major General Beary brings a wealth of experience in military operations and United Nations peace operations gained over 40 years of overseas military deployments, including in Afghanistan, the Blakans, Croatia, Iraq, Somalia and Uganda. From 2016 to 2018, Major General Beary served as Head of Mission and Force Commander of the UN Interim Force in Lebanon (UNIFIL). Prior to the appointment in Lebanon, he served as Commander of the European Union Training Mission (EUTM) in Somalia and General Officer commanding Second Brigade in the Irish Defence Forces with a wide variety of assignments, holding command and staff officer appointments, including at the unit, brigade and defence force headquarters levels. General Beary has lectured at universities in Ireland, authored publications on international peacekeeping, while also having led United Nations Boards of Inquiry in Africa.
Major General Beary holds a Bachelor of Science, a Master of Business Studies and a Master of Science in national security strategy. He is a graduate of the Command and Staff School of the Irish Defence Forces, University College Galway, the Smurfit Business School University College Dublin and the National War College at the National Defence University in Washington, D.C. 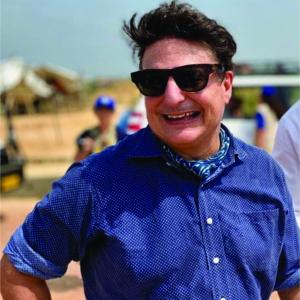 WFP
Representative
richard.ragan@wfp.org
Richard Ragan joined Yemen as the Country Representative in February 2022. As a senior UN official, he’s served previously as WFP Representative in seven countries: Bangladesh, Libya, Liberia,Nepal, Tanzania, North Korea, and Zambia.
As Acting Assistant Secretary-General (ASG), he opened the Liberia Office and managed operations as part of the UN Secretary General’s Ebola Emergency Response Mission (UNMEER). Based in South Africa, he also served as WFP’s Deputy Regional Director covering the East and Southern Africa region and as the WFP Emergency Co-ordinator for the 2015 Nepal Earthquake Response. In addition to his public service career, he’s spent time in the private sector as a Senior Director with Vulcan, Microsoft Co-Founder Paul Allen's company.
He started his career in WFP as the Deputy Country Director in China and has also worked on complex emergencies in East Timor, Kosovo.
Mr. Ragan holds a Master’s degree in International Development/Administration from SIT, Brattleboro, VT, and a Bachelor’s degree in Business from Ole Miss, Oxford, MS.
His interests are mountaineering, backcountry/big mountain snowboarding, surfing, kiteboarding, scuba/free diving, painting. He’s done multiple expeditions both climbing and snowboarding in the Himalaya mountain range.
Richard is married and has three children. 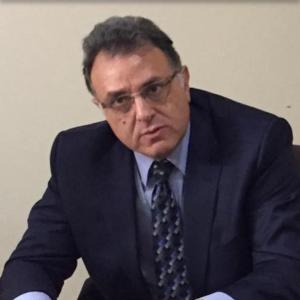 WHO
Representative
ismaila@who.int
Dr Ismail has been recently reassigned to occupy the role of WHO Representative and Head of Mission in Yemen - which is considered one of the largest WHO operations in the world - in January 2021. Prior to this recent reassignment, Dr Ismail occupied the same role in Iraq for 2 years. Prior to joining WHO, Adham worked as a professor in several academic institutions in Egypt and the USA. He has over 20 years of experience in clinical and biomedical engineering.
Coupled with his extensive working experience, Adham has 3 Masters’ degrees in Public Health from University of Roehampton (UK), Biomedical Engineering from Alexandria University (Egypt), and Business Administration from Arab Academy for Science and Technology. He is also a holder of a PhD degree in Biomedical Engineering from University of Miami (USA).
Read more 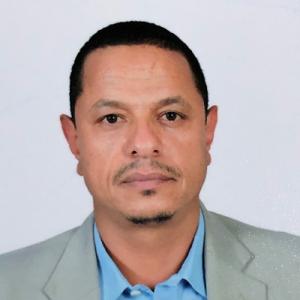 ILO
National Program Coordinator
dehaq@ilo.org
Ali is the National Program Coordinator of the International Labour Organization (ILO) in Yemen since October 2012. During his tenure, he has contributed to enhance the engagement with constituents and development partners. He came to ILO after six years working with international organisations as expert in economics, results-based planning, monitoring and evaluation. Ali holds a Master's Degree in Public Administration from the University of Jordan.
Read more 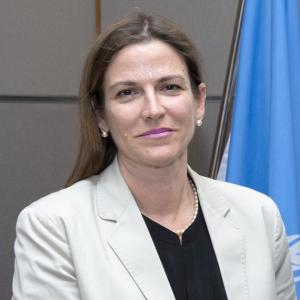 UNESCO
Representative
a.paolini@unesco.org
Dr Anna Paolini is UNESCO Representative in the Arab States of the Gulf and Yemen and Director of the UNESCO Doha Office since September 2013. Prior appointments include Head of Office in Uzbekistan and Jordan. She holds a MA in Architecture and in Urban and Regional Planning, a post-graduate degree in Development Cooperation and a Ph.D in Territorial Engineering.
Read more 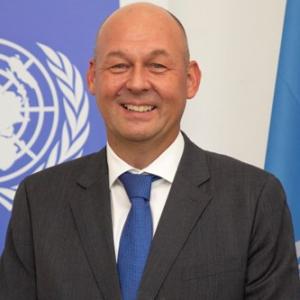 UNDP
Representative
auke.lootsma@undp.org
twitter
Mr Auke Lootsma has been serving in Yemen as the Resident Representative since February 2019 and as the Country Director since August 2016. Previously, he has served in Rwanda, Ukraine, Sudan, and Uganda. He holds a Master of Science in Business Administration and Development Economics.
Read more 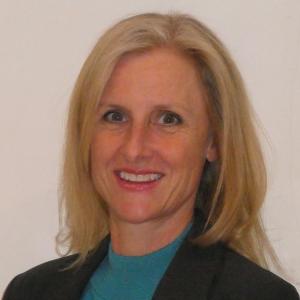 IOM
Chief of Mission
CROTTENSTEIN@iom.int
With 20 years of experience in humanitarian response, development and migration management, Christa provides strategic guidance for IOM’s work in Yemen. During 14 years in DFID, she established a track record in improving large-scale programming in contexts like Afghanistan and Pakistan. Prior, Christa held positions in the British Red Cross and the International Committee of the Red Cross.
Read more 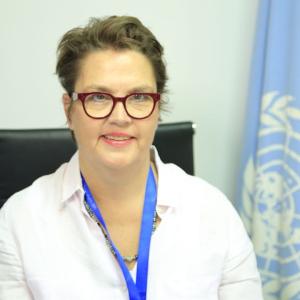 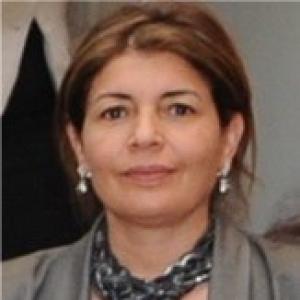 UN Women
Representative
dina.zorba@unwomen.org
twitter
linkedin
In 2014, Dina established the UNWomen presence in Yemen, leading UN Women’s engagement in Women Peace and Security and Humanitarian action. Dina holds a Master’s degree in Business Administration and International Management and a Bachelor's degree in Economics. She has served in several representation and senior positions with UNWomen as well as UNFPA and UNESCO.
Read more 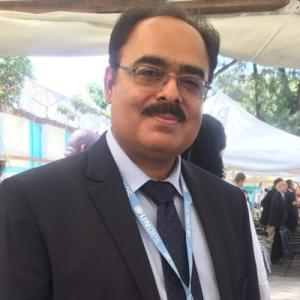 UNOPS
Head of Office
FayyazFR@unops.org
Fayyaz brings a wealth of construction/engineering, development, and project management experience of more than 20 years in all facets and phases of the projects to his current role. In particular, he has valuable experience and knowhow in successfully implementing projects and programmes within post-conflict and emergency settings. He is a recipient of the UN Core Values award.
Read more 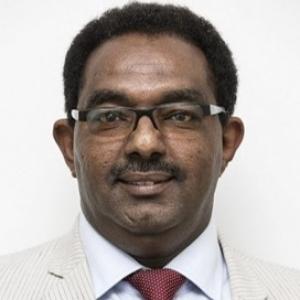 FAO
Representative
hussain.gadain@fao.org
Mr Gadain joined FAO in 2006 as Water Coordinator for the Somalia Water and Land Information Management project (SWALIM) based in Nairobi, Kenya. From 2013 to 2016, he served as Chief Technical Advisor of the FAO SWALIM project in Nairobi. From 2016 to 2019, he was FAO Representative in Egypt.
Read more 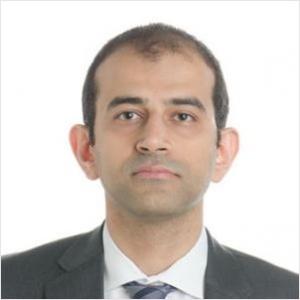 IMF
Representative
KIsmail@imf.org
Mr Kareem Ismail is the IMF resident representative for Iraq and Yemen. He previously worked in the IMF’s Strategy, Policy, and Review Department on emerging markets and low-income countries, and in the African department. During that time, he helped design and implement programs including in fragile states, and co-authored policy papers on IMF lending. He holds a Ph.D. from the Johns Hopkins University.
Read more 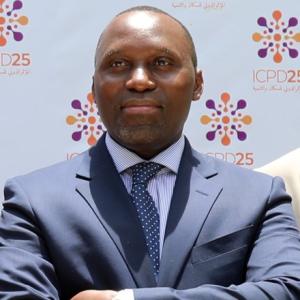 UNFPA
Representative
owomuhangi@unfpa.org
Mr. Nestor Owomuhangi, a national of Uganda, brings with him more than 25 years of experience in the humanitarian and development sector, much of which has been with UNFPA and the UN system.

Prior to joining the UN, Nestor has worked with various national institutions and international NGOs in Uganda. 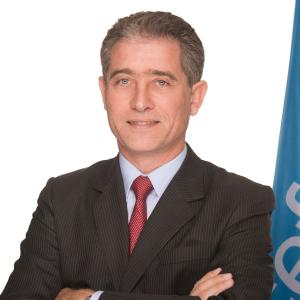 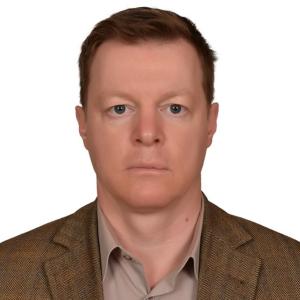 OHCHR
Representative
rdetalle@ohchr.org
Renaud Detalle (France, 1965) has over 25 years of professional experience in the fields of human rights and development.
Renaud Detalle received the diploma and an advanced research degree from the Paris Institute of Political Studies (Sciences-Po) as well as a degree in history form the Sorbonne university, he was an exchange student at Freie Universitaet Berlin in 1988-1989.
From 1990 to 2002 he worked in Yemen where he taught at Sanaa University, before undertaking academic work at the Centre Français d'Archéologie et de Sciences Sociales (CEFASt) and as a consultant for various organizations (UN, World Bank, Save the Children, Oil companies).
Renaud Detalle works since 2002 for the United Nations and took assignments in conflict zones such as Sudan, Somalia, Afghanistan and Libya as well as tours in Geneva. Renaud Detalle also served at the UN Human Rights Regional Office for the Middle East and North Africa, in Beirut, from 2009 to 2015.
From February to December 2020 Renaud Detalle was Deputy Chief of the Human Rights Office of the UN Assistance Mission for Iraq and took his position of Representative in Yemen of the Office of the High Commissioner for Human Rights in January 2021 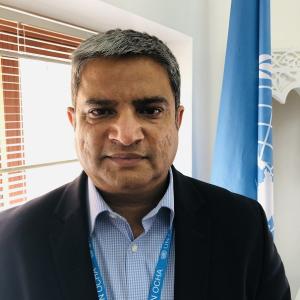 OCHA
Head of Office
sajid@un.org
Mr. Sajjad Mohammad Sajid joined UNOCHA Yemen as the Head of Office in January 2021 coming from Ethiopia where he occupied a similar position with UNOCHA since March 2019. Before joining UNOCHA in July 2017 as Deputy Head of Office in Yemen, he served as the Country Director in Yemen and the Regional Humanitarian Coordinator for Asia & Pacific in Bangkok for Oxfam International. During that time, he coordinated response to major emergencies across Asia, Africa and Middle East. He was the Country Representative for Christian Aid UK in Sri Lanka and Bangladesh, as well as Regional Emergency Manager for South Asia and served in various capacities with national organizations and the Government of India. He brings 24 years of experience in the field of international development and humanitarian affairs.
Read more 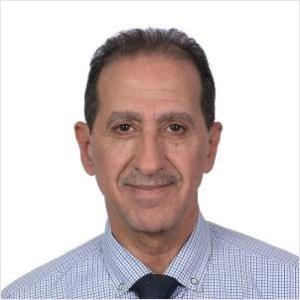 UN-Habitat
Head of Country Programme
wael.alashhab@un.org
Mr Wael Al-Ashhab, a Jordanian National, has a degree in Civil Engineering with more than 30 years of experience, including in programme management, policy development, urban planning, design and implementation of infrastructure projects. He started his career with UNICEF in 1999 and joined UN-Habitat in 2007.
Read more