The Road to Uncertainty: Devastation Prevails on Routes through Yemen

Lahj, Yemen – He sat on the bed, gazing out the window while slowly lifting one leg from the floor onto the rubber mattress. His leg seemed somehow heavier than what he could comfortably manage, but eventually he completed the small undertaking. As people entered the room, he listlessly looked towards the door, blinking his tired eyes while taking audibly shallow breaths.

His skin clung loosely to his aching, visible bones.

It had been months since his body had touched a mattress. The smugglers would never have allowed him such simple comfort. Safe in the Lahj hospital while receiving care through support from the International Organization for Migration (IOM) and EU Humanitarian Aid, everything reassuring and familiar to him was still around 1,000 kilometres and a world away. Yet, memories of recent horrors – months of severe beatings and forced starvation at the hands of criminal gangs – were ever present in his mind.

Mohammed’s* journey began in Ethiopia with an ambition to end his family’s generational poverty. He never expected that this aspiration would lead to a near-death experience and thousands of wasted dollars.

Sadly, his story is not unique.

Like hundreds of thousands of other migrants from the Horn of Africa over the past few years, Mohammed was attempting to reach the Kingdom of Saudi Arabia (KSA). People on this route typically hope for no more than making it to their destination to help their families moderately prosper. Most have no idea of the experiences they will have to first endure or that they may never make it.

Typically originating from Ethiopia and travelling towards the Somali or Djiboutian coasts, migrants face exhaustion and dehydration along the way, which proves fatal for an unknown number of people. Crossing the Gulf of Aden, they are crammed into smugglers’ boats; some succumb to asphyxiation or drowning. Once in Yemen, many migrants are held by smugglers for anywhere from days to months. Most are savagely beaten while their families are forced to pay ransom.

“One day a smuggler came to the field where my friend and I were working. He told us that he could take us to Saudi Arabia to find work and that we would be rich in a year and be able to build our families villas,” said Ibrahim*, a 20-year-old Ethiopian man who, like Mohammed, bought into smugglers’ lies. He left his family’s onion farm – along with his innocence – in Ethiopia.

At the IOM Migrant Response Point in Aden, Mahmoud parked the mobile clinic van near the entrance, making it easier for his colleague, Dr Yasser, to load the medical supplies needed for their day’s grueling work.

Nurse Abdullah and interpreter Ahmed also helped the doctor prepare. The IOM mobile medical team starts their day at around 7:30 a.m. when they set out for the Lahj coast, close to the hospital where Mohammed is receiving treatment.

“We begin early every morning with a renewed ambition to treat vulnerable migrants and help them on their way to living a dignified life,” explained Dr Yasser, the team leader. He runs an emergency health clinic for migrants newly arrived from Djibouti on the coast near Ras Al Arah, Lahj.

The mobile team travels four hours each way in harsh, hot weather, and even sandstorms, to reach their weary patients. On the long drive, they are fearful of accidents or criminals, but they are always determined to reach their destination.

“It's a beautiful feeling to save a vulnerable life – migrants have a right to health care like all of us. When I think of the cholera outbreak here in Yemen, at times, we literally had minutes to save a life,” added Dr Yasser.

After leaving his family’s onion farm, Ibrahim travelled to Yemen and became one of Dr Yasser’s patients.

“We walked for many days. People died along the way from drinking dirty water; I buried six people. In Djibouti, they crammed 250 of us into a truck. Those who died were thrown out without mercy,” Ibrahim explained, as he teared up.

Then Ibrahim was squeezed onto a small boat. When they arrived near the Yemeni coast, the smugglers forced him to swim through thrashing waves. By the time he reached the shore, he was in urgent need of health care. Dr Yasser and his colleagues ensured that he was helped.

Since the COVID-19 pandemic began, migrant arrivals in Yemen have lessened. However, over 32,000 migrants have become stranded across the country, some of whom are held in detention or by smugglers. The mobile team are encountering more injured migrants who had been held by smugglers for long periods.

One migrant told the mobile medical team about their experience with smugglers: “In Yemen, smugglers took us by force. In the holding pen, we could see people’s bodies were bloody from torture. They started beating us and made us call our families, asking them to send USD 1,500. I called my family and the next day, they sent USD 300. That was all they could afford.”

“The smugglers used to hang us from one leg, and take turns beating us. Even women and girls would be beaten. One girl was abused by seven men. Because my family only sent USD 300 first, I had to stay there for weeks until they sent another USD 1,200,” the migrant added. And in Ibrahim’s case, his family were forced to sell their onion farm to ensure their son’s release.

Most migrants do not get the medical attention they need after suffering at the cruel hands of smugglers. Those reached by IOM’s health teams are lucky.

IOM’s three mobile medical teams assist an average of 1,200 people per month in three locations: one along the coasts of Aden and Lahj, another in Shabwah and a third in Ma’rib, which has seen an escalation in recent violence.

When Mohammed arrived at the hospital in Lahj, he was at death’s door. The smugglers had brought him to avoid dealing with a dead body.

“I didn't think we would be able to save him due to his advanced condition, including his poor nutrition,” said Dr Yasser, who further elaborated that this was one of the more dire cases he had ever seen in his years of health work.

Mohammed had not eaten a proper meal for seven months.

Once he was on the mend, Mohammed was brought to the IOM foster family in Aden to recover comfortably with other vulnerable migrants. He will likely return to Ethiopia when he is well enough. Like many others, the dream sold to him by the smugglers about an easy journey to and life in KSA was far from reality.

The life-saving support that IOM provided to Mohammed, Ibrahim and thousands of other migrants in need of medical and protection assistance across Yemen was made possible through a partnership with EU Humanitarian Aid.

*Names have been changed

This story was written by Rami Ibrahim and Olivia Headon from the IOM Yemen communications team. 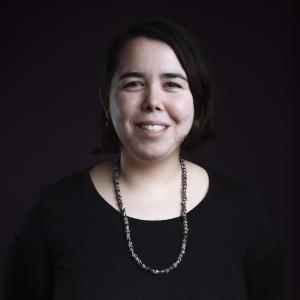