Protecting Human Capital in Yemen: US$150 million in grants for health, nutrition, and water and sanitation services [EN/AR]

WASHINGTON, June 30, 2021 — The World Bank today approved US$150 million in grants to increase access to basic health, nutrition and water and sanitation services in Yemen.

Yemen has been embroiled in a conflict that, since 2015, has turned the poorest country in the World Bank’s Middle East and North Africa region into the world’s worst humanitarian crisis.

By the end of 2020, its death toll had reached [233,000 people]9https://news.un.org/en/story/2020/12/1078972), with half the deaths caused by a lack of food or access to health care, as well as by the lack of basic infrastructure to provide these services. Out of a total population of about 29 million, about 20 million Yemenis are food insecure and at risk of malnutrition, with two-thirds unable to afford enough food and water and sanitation services. Over 4 million people have fled their homes. Communicable diseases, including diphtheria and dengue fever, have spread throughout the country. And, with the onset of COVID-19, Yemen faces yet another challenge.

The new grants for the Yemen Emergency Human Capital Project (YEHCP) will help preserve the institutions and human capital involved in providing essential health, nutrition, water, and sanitation services. Because of the exceptional circumstances, the World Bank will continue to rely on a partnership with UN agencies operating on the ground while focusing on strengthening local institutions.

“Protecting and investing in the Yemeni people and the institutions that serve them is vital, not only to build resilience during conflict but to safeguard the future of coming generations," said Tania Meyer, World Bank Country Manager for Yemen. “The project will provide much needed emergency funds to help deliver quality healthcare for the poorest and most vulnerable, including those living in remote areas.”

The new project will provide essential health and nutrition services to 3.65 million Yemenis; essential Water and Sanitation Services to 850,000 Yemenis, train 3,000 health personnel; and support 388 sites for early warning and disease surveillance systems to detect outbreaks of infectious diseases. Public health programs will also be carried out to prevent polio, malaria, schistosomiasis, and trachoma, amongst others.

“This project builds on the achievements and lessons of a previous and ongoing projects. These have strengthened the health system by supporting 72 hospitals and close to 2,000 primary care facilities, and helped it respond to emergencies involving severe malnutrition and the threat of famine as well as infectious disease outbreaks,” said Jorge A. Coarasa, Senior Economist, Health and Task Team Leader.

The projects reached about 24 million people with health and nutrition services. This included 7.5 million children who were immunized, over 1 million pregnant women who received antenatal care, 2.6 million people who gained access to improved water sources, and 2.2 million people who had access to improved sanitation as well as 5.7 million people who received consumable hygiene kits. UN agencies operating on the ground in Yemen will be the recipients of these grants from the International Development Association, the World Bank’s fund for the world’s poorest countries. This support is aligned with the World Bank Group’s strategy for funding in contexts of fragility, conflict, and violence, which focuses on remaining engaged in countries experiencing active conflict to support key institutions and the most vulnerable communities.

Protecting Human Capital in Yemen: US$150 million in grants for health, nutrition, and water and sanitation services [EN/AR] 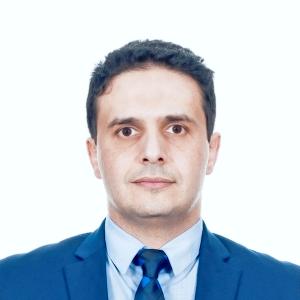 Specialist in Communications and Development
ealharazi@worldbank.org

Other entities involved in this initiative