Our publications. In-depth insight into our work towards the Sustainable Development Goals.

Publication
18 November 2021
Yemen Plan to reach 5.1 million people at risk of famine
Protracted conflict and the destruction of infrastructure and basic public services, coupled with economic collapse and preexisting structural issues such as widespread poverty exposed large segments of the Yemeni population to unprecedented levels of food insecurity, malnutrition and disease. Since the start of the conflict the economy in Yemen has imploded, salaries for health and education employees remain unpaid, remittances from overseas have ceased, the value Yemeni Riyal has halved against the US dollar since the start of 2021 which has been compounded by food price increases of between 30 and 70 percent, eroding household purchasing power for even basic needs. Over 20 million people need humanitarian assistance or protection. Urgent life-saving assistance remains critical, while significant investments in economic and infrastructure and institutional rehabilitation are needed to prevent further destitution and help the country recover from seven years of conflict. The economic crisis, an outcome of the protracted conflict, is another key driver of food insecurity. High levels of food insecurity persist as the crisis has devastated livelihoods and the economy and pushed households to exhaust coping strategies. Yemen is living on the brink of famine. An estimated 16.2 million people, 45 percent of Yemen’s population, are acutely food insecure even with the presence of food assistance. Of those, 11 million people have reached ‘crisis’ levels of food insecurity, classified as Phase 3 in the Integrated Food Security Phase Classification (IPC); another 5 million people have reached ‘emergency’ levels (IPC Phase 4); and 47,000 people have reached ‘catastrophe’ or famine-like levels (IPC Phase 5). This is the first return of IPC 5 conditions in Yemen in the last two years. Compared to 2018, the number of districts in IPC Phase 4 conditions tripled, from 49 to 154, out of 333 in Yemen. Manifestations of the severity of acute food insecurity for households in IPC phases 3-5 included: skipping days without eating, scavenging for wild or harmful foods, sending children to relatives, selling household and productive assets for food, begging, seeking illicit employment opportunities, becoming a combatant or economic migration to the Gulf countries or Europe. WFP currently provides nearly 13 million people with food assistance through three modalities: (a) in-kind rations of flour, pulses, oil, sugar and salt, (b) food vouchers with the same commodities purchased from local traders, or (c) cash transfers. Such assistance aims to contain and reduce the number of people at risk, preventing an increase in populations experiencing famine-like and emergency conditions. In response to high acute, moderate and severe malnutrition rates among children, WFP is also providing nutritional support to 3.3 million pregnant and nursing women and children under. WFP also aims to reduce dependency on food assistance and contributes to helping Yemen build a sustainable future through livelihoods support. Reaching 1.2 million people with projects to rebuild productive assets such as roads, agricultural land, irrigation systems presenting the opportunity for employment and new income opportunities. WFP also provides schools feeding to 1.5 million school children in a bid to enhance learning and attendance rates.
In 2021, WFP’s requirement to avert famine stood at US$ 1.91 billion. In 2022, the requirements to do the same are US$ 1.98 billion with US$ 965 million required to prioritise assistance to populations one step away from famine (IPC 4+).
Read more 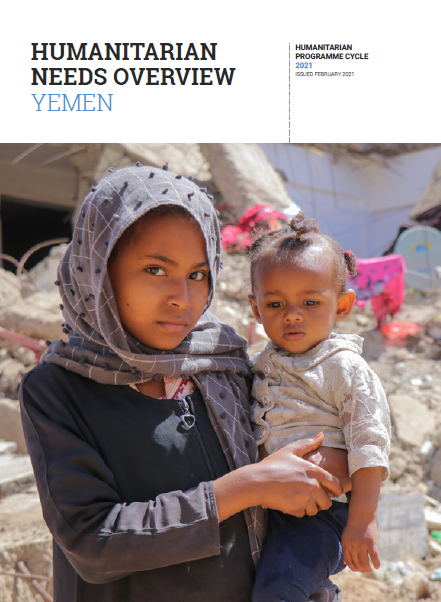 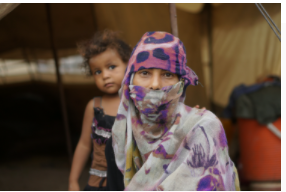 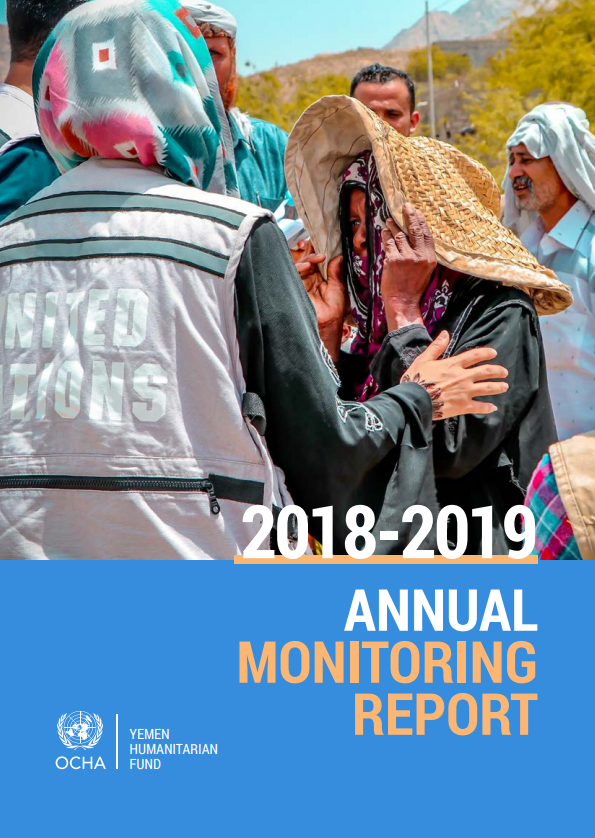 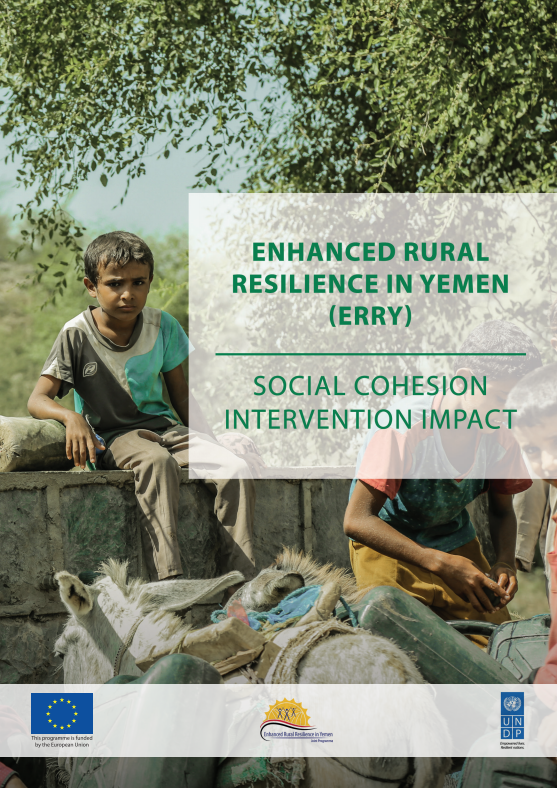 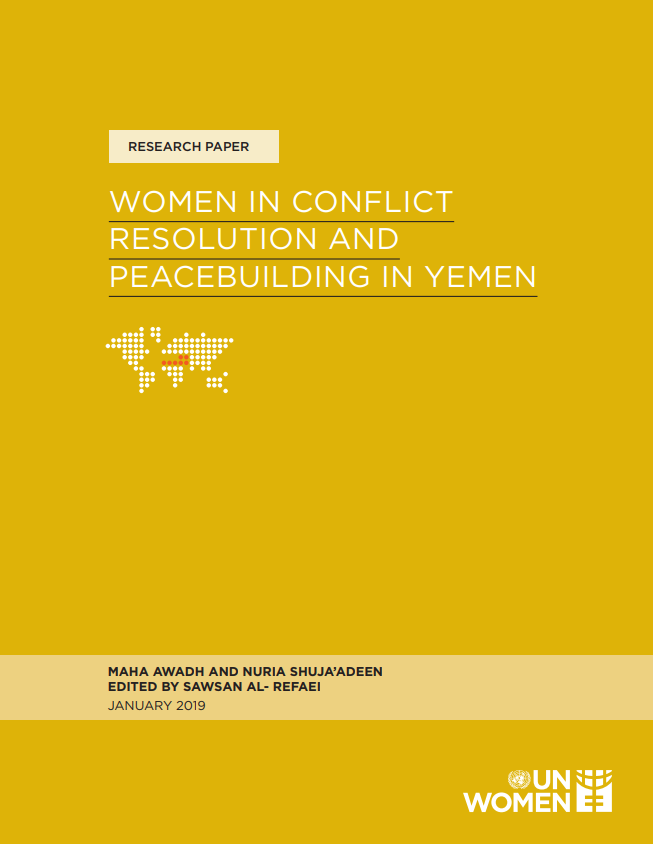 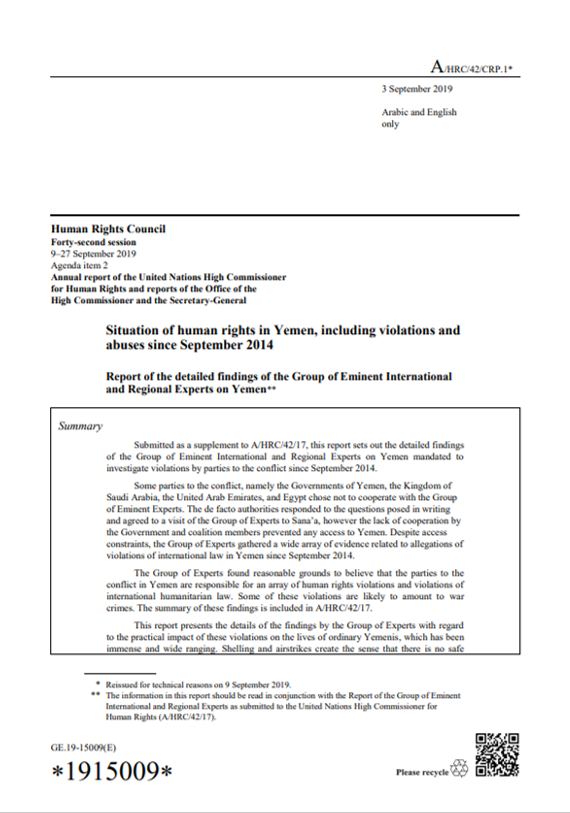 Publication
03 September 2019
Situation of human rights in Yemen, including violations and abuses since September 2014 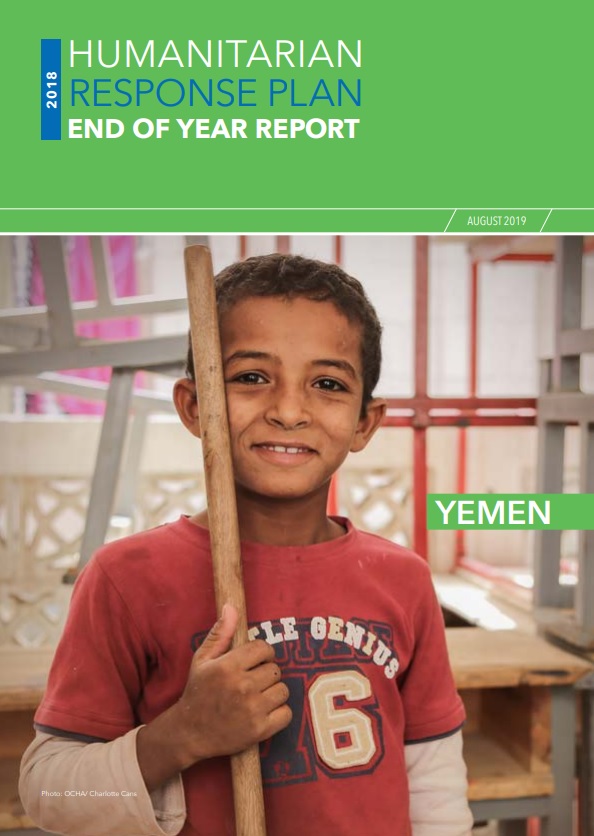 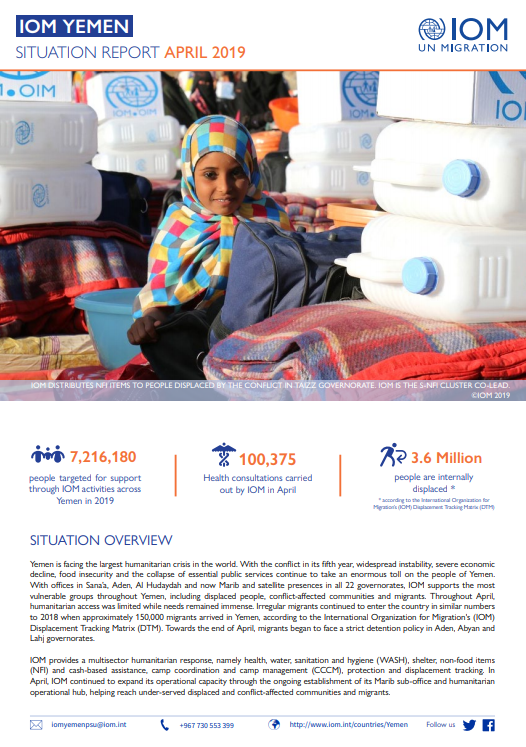 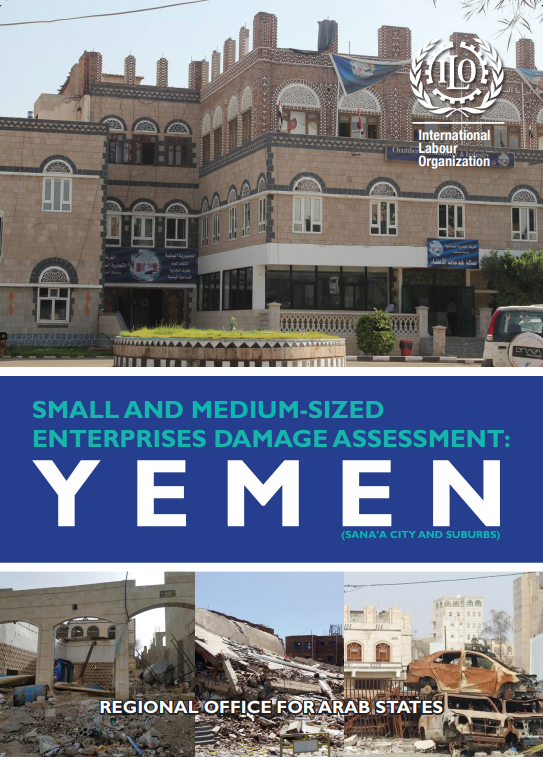 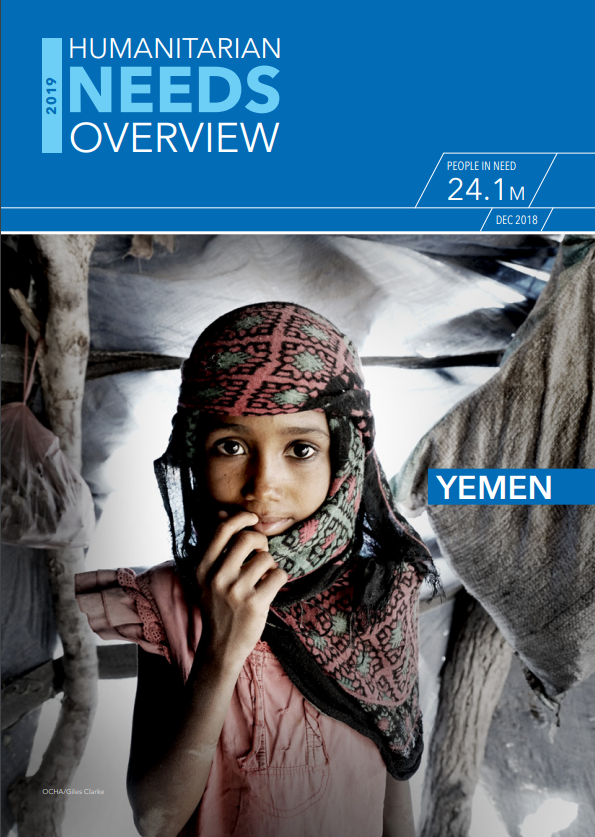 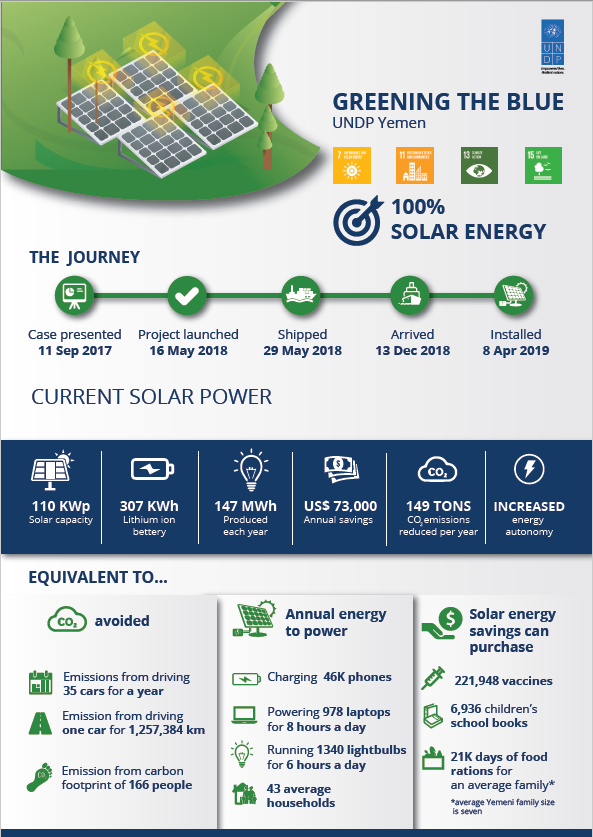 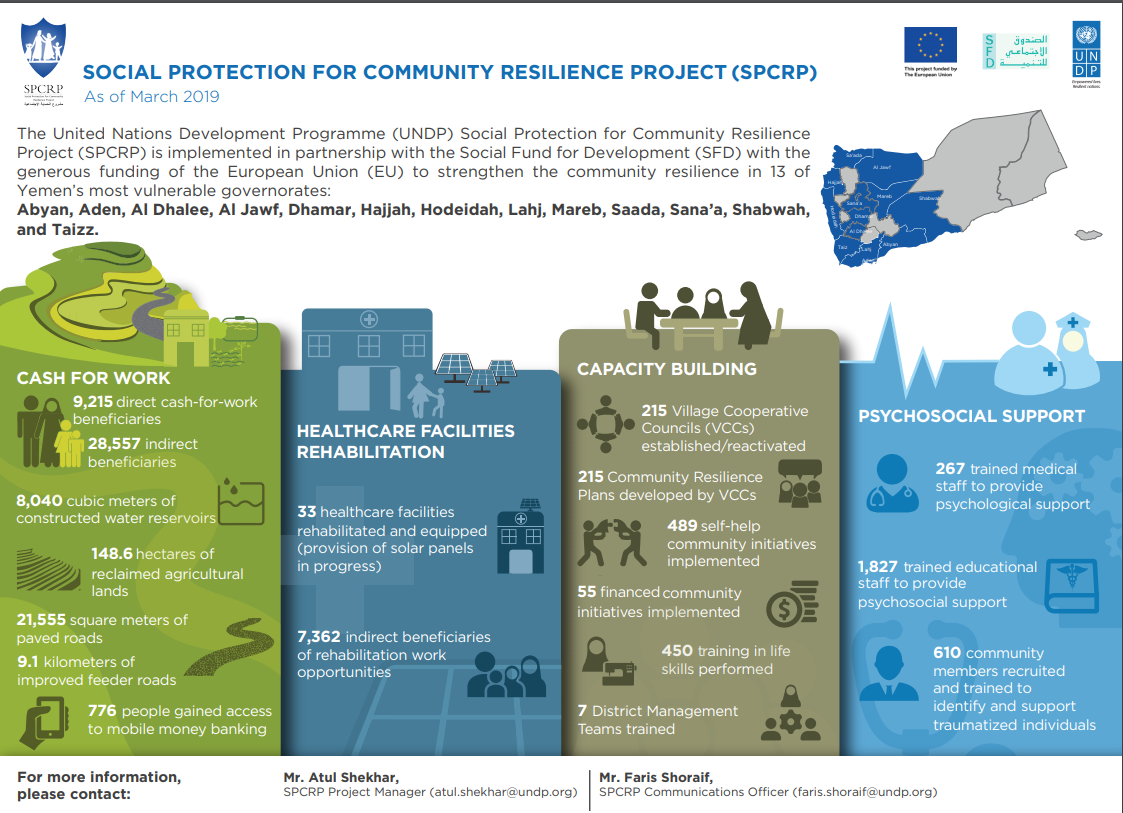